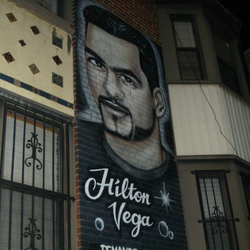 Seth A. Harris, the lawyer for the families, described the shootings as inexplicable, execution-style killings in which Mr. Rosario and Mr. Vega were shot while lying face-down on the floor. Mr. Brosnan began shooting Mr. Vega, the lawyer said, while Mr. Rosario pleaded for him to stop. At that point, Mr. Harris said, Detective Crowe fired at Mr. Rosario. The lawyer said he could find no clear reason why the officers fired.

March 2009 A grand jury exonerated the cops of any wrongdoing, and a federal civil rights investigation went nowhere. A probe by the Civilian Complaint Review Board later concluded the cops used "unnecessary and excessive force," but the NYPD simply ignored the board's findings. Last week, 14 long years after the incident, the families of the dead men finally got a tiny sliver of justice. At the urging of Bronx Supreme Court Justice Alan Saks, the Bloomberg administration settled a civil wrongful death suit just before the case went to the jury. The city agreed to pay the Rosario and Vega families $1.1 million, plus $50,000 to a third youth, Freddy Bonilla, who was slightly injured in the shooting.