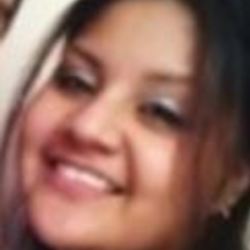 Monday night, candles placed in the shape of a cross flicker as traffic speeds by along State Road 70 in Okeechobee.

The candles mark the spot where two young women were killed early Sunday as they went out for a late night snack.

Across town, Eva Chavez holds a picture of her daughter, 21 year-old Hilda Medrano. The caption reads "Cherish the moments." But now those moments are gone. "She was very creative. She liked a lot of things," Chavez said through a translator.

Medrano was working at the Home Depot and taking college classes -- studying to be an ultrasound tech.

She and her cousin, 21-year-old Elizabeth Renteria, were turning into the McDonalds' when they pulled into the path of an Okeechobee County Deputy's patrol car coming the other way.

A spokesman with the Florida Highway Patrol, which is heading the investigation into the crash, said as the deputies were coming westbound on State Road 70, they were on their way to a domestic disturbance. However, they did not have their lights or sirens going. "Words can not express how bad we at the Sheriff's Office feel about this tragedy that has happened in the community," said Sheriff Paul May.

Sheriff Noel Stephen was asked about protocol when it comes to deputies using lights and sirens. "It depends on nature of call and then at that point, they get permission from their supervisor to run code," said the undersheriff.

It's not known at this time whether a supervisor was alerted in this case.

The impact of the crash sent the deputy's car into a light pole. That pole fell on another deputy's car. That deputy was not hurt.

Eva Chavez said this accident was not the fault of the girls. They were not culpable, and she believes there was negligence on the part of the deputy.

The deputy involved in the crash, Joseph Gracie, is a 9-year veteran of the Sheriff's Office. He underwent surgery, and the sheriff said his long term prognosis is good.

A third girl in the car, Isamar Jaimes, was also hospitalized, but has since been released.

September 2014 Deputy at fault but faces no charges

May 2016 Case dismissed and file closed