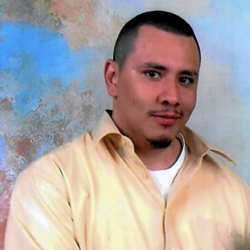 The man who died in police custody on Chicago's Southwest Side was identified as 24-year-old Heriberto Godinez, Jr. Officers responded to a report of a burglary in the 3000-block of West Pershing Road in the city's Brighton Park neighborhood just before 1:30 a.m. Monday. The Cook County medical examiner's office said Godinez lived on the same block. They took him into custody, but called paramedics after he began to sweat and had a hard time breathing. Police said "despite medical intervention," Godinez became unresponsive and died at the scene.

On April 15, 2016, a video (embedded below) was released of Chicago police arresting Godinez. The video taken by a squad-mounted camera on July 20, 2015, shows Godinez thrashing about while handcuffed. It shows an officer putting a foot on his neck for about two seconds as others tried to bring him under control.

But the attorney for Heriberto Godinez’s family, Jeffrey Granich, says he’s heard a different story from people who were at the scene in Brighton Park early Monday.

“One witness described it as a very large police officer with his knee in the back of Heriberto’s neck, while Heriberto was face down on the ground.”

Granich says police have told the family nothing about the case.

“I believe that Heriberto died at the hands of the Chicago Police Department. And generally when an individual’s life is taken by another individual, that’s a homicide.”

Granich says a source at the medical examiner’s office told him that Godinez’s neck may have been broken.

The ME’s office has released a statement, promising to review witness accounts and to seek consultation to determine if there was disease or injury to the brain, neck or spinal cord.

Godinez' sister, aimed at investigating inconsistencies in the accounts of his death, Janet Godinez requested "documents and audio and video recordings relating to the Chicago police in-custody death of Heriberto Godinez," from the Chicago Office of Emergency Management and Communications and the city's police department under the Illinois Freedom of Information Act, she says in her complaint.

On September 8, 2016, the States Attorney announced that no charges would be filed in the death Godinez.