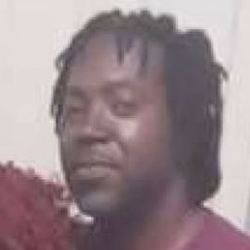 Officials with the Georgia Bureau of Investigation have identified the deputy involved in Tuesday afternoon's fatal officer involved shooting.

Agents confirmed that the deputy involved is Josh Smith.

He started with the Thomas County Sheriff's Office in June 2012.

The investigation is ongoing, and agents are reviewing footage and interviewing witnesses.

Police confirmed Herbert Gilbert, 37, as the man who was shot.

According to the GBI, the shooting occurred when Thomas County Drug agents tried to execute a search warrant in the area of Magnolia and Fern Streets.

"At 4:19 p.m. is when the officers called out for help, shots fired, need an ambulance," said Thomas County Sheriff's Office Captain Steve Jones.

At that time, Jones said he called the GBI for backup.

"Regardless, somebody was hurt and we all got here as quickly as we could and did everything we could," said Jones.

The GBI said the subject's vehicle and police vehicles were involved before the shooting happened.

On Wednesday, members of the community gathered together in protest.

There were at least a dozen police cars at the scene and officials had the streets blocked off in the area.

Interviews of officers involved and witnesses are being conducted as officials continue to investigate and process the crime scene.

Dozens of people took to the streets after the shooting.

Witnesses said it started as a car chase when a black police SUV chased a silver SUV through the neighborhood.

Glenn said police came to her house looking for Gilbert just minutes before the chase.

The GBI confirms police were doing a search warrant at the time.

"Three cops came in with their guns," said Glenn.

Glenn said shortly after, she heard screaming and then the gunshots.

"When I hear the boom boom boom that's when I fell to the ground and said 'man they are going to kill my baby,'" said Glenn.

Witnesses said it was a busy time in the neighborhood. They said dozens of kids had just gotten off the bus and were playing outside.

"And then when they shot him, my neighbors' children were on the porch, so really they didn't care," said Glenn.

GBI agents said an autopsy is being scheduled.