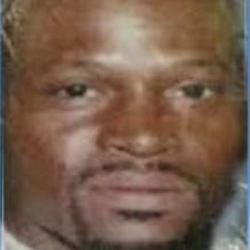 Shot and killed by NOLA Police dept. in aftermath of Hurricane Katrina, police and National Guard given “shoot to kill” orders by Governor. Police put him in a car while he was possibly still alive and set the car on fire to hide evidence

Rouse said he changed the medical classification of Glover's death from "undetermined" to "homicide" after several months of reviewing information the FBI provided to his office.

“Make no mistake about it — this is a political matter,” Ramessu Merriamen Aha, a New Orleans businessman and former congressional candidate, told The Lou­isiana Weekly. “The D.A., like every other elected official in the city and state, plays to the crowd. He’s going to do and say whatever he needs to do and say to continue to get re-elected.

“It’s time for Black residents to become politically savvy and hold those accountable who continue to disrespect and abuse us. Like the brothers and sisters in Ferguson, Mo., we need to rise up and head to the polls with a vengeance. It’s time to clean house and send a clear message to any elected official, Black or white, who thinks he or she can play with us.”

Former NOPD Officer Warren was sentenced to 25 years and nine months in prison for his involvement in the Sept. 2, 2005, shooting death of civilian Henry Glover. As part of the restitution order, Warren will also pay $7,642.32 to Glover’s family for funeral expenses. Warren was found guilty by a federal jury of a civil rights violation, resulting in death, for shooting Glover, and for using a firearm to commit manslaughter.

Current NOPD Officer McRae was sentenced to 17 years and three months in prison, three years of supervised release and restitution in the amount of $6,000 for his involvement in the burning of Mr. Glover’s body. McRae was convicted of two civil rights violations, one count of obstructing justice and one count of using fire during the commission of a felony. One of the civil rights counts charged that McRae willfully used fire to destroy a civilian’s property by burning and destroying a car, and the other civil rights count charged that he willfully deprived Glover’s family members of their right to seek redress in the courts for his death.