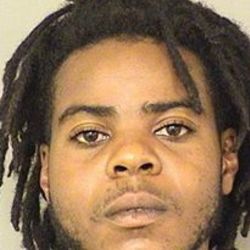 One person died after a deputy-involved shooting in Belle Glade Saturday morning.

Palm Beach County Sheriff Ric Bradshaw said during a news conference Saturday afternoon that the victim had been pulled over for a traffic stop Saturday morning and that he carried a gun.

"As soon as [the deputy] put on the blue lights, the car eased into a driveway area, the door came open and an individual came out of the vehicle with what appeared to be a firearm," said Sheriff Ric Bradshaw.

The victim was later identified as 19-year-old Henry Bennett.

Two years after the Palm Beach County sheriff’s deputy fatally shot a Bennett six seconds after stopping him for driving without a seat-belt, the agency agreed to pay $325,000 to the teen’s family to settle a wrongful death lawsuit.

The settlement with the family of Henry Bennett III was the latest one in a string of payouts Sheriff Ric Bradshaw has made to end lawsuits accusing his deputies of using excessive force. In two years, he agreed to pay an estimated $7 million to settle more than a half-dozen similar lawsuits.