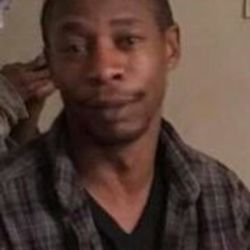 Turner, 36, was in jail on a trespassing charge. He had been picked up sitting on a porch swing at a former employer's home. Nettles said to her knowledge the two were still friends.

According to Department of Public Safety spokesman Warren Strain, the Mississippi Bureau of Investigation is in charge of the probe into his death. That's not unusual in an in-custody death, but an air of secrecy has surrounded Turner's case.

His family was told he went into possible cardiac arrest. He was taken to Merit Health in Canton and was transferred from there to Merit Health Central Hospital in Jackson.

That's where he was pronounced dead on May 7, officials said. His body was sent to the state medical examiner's office for autopsy.

Nettles said the family was not allowed to see the body prior to autopsy, which can also be routine in a situation where the body is considered evidence. A cause of death has not been released either.

"All I can tell you is that right now his cause of death is pending further investigation and review," said Madison County Coroner Alex Breeland.

Breeland said tests are still being run, so the manner of Turner's death is also pending.

"Until we get everything completed on it we’re going to withhold comment," he said.

Nettles said Turner had never had any major health problems. But nonetheless, one day he was there, and the next day he was gone.

Nettles said she's still not sure what happened when he was arrested. But she said in her experience Turner was not someone who had ever been defiant toward law enforcement.

"He never had any type of run-ins as far as I can remember with the police ever. He does have a past conviction, but he went peacefully," she said. "During his stay at the other facilities that I know of, he hasn't had any altercations with the officers that I know of."

Guards at previous facilities where he was incarcerated had even told the family that he was easy to work with, she said.

"We're all going to have our downfalls, make mistakes, but at the end of the day we're still human, and even law enforcement shouldn't take the law into their own hands," she said. "Regardless of what a person does or chooses to do in their life, they're human, they're human beings."

"That's my brother, and I can't explain how I feel right now," Nettles said. "All I know is I lost my brother, my big brother, someone that I love. The way he left us is heartbreaking to me. We didn't get to say goodbye, you know, nothing. Basically he got arrested and died. It's been two weeks, and that's all we know."

It's hard for Turner's family, not knowing what happened, and to be strong when there's no answer, Nettles said.