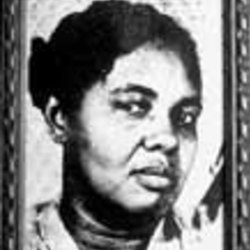 Cause of death: Chemical Agents Or Weapons

The only couple murdered during the Civil Rights Movement, the Moores were killed on Christmas Day in 1951 when a firebomb placed directly under their bedroom detonated with enough force to send their bed through the rafters of their home in Mims, Florida. Both of the Moores were educators and deeply involved in the NAACP, focusing especially on the issues of black and white educator salaries and segregation. Later, Harry Moore moved his focus to a much more controversial and dangerous topic: police brutality and lynchings.

Due to their involvement in these issues, the couple lost their jobs in the schools and, eventually, their lives. Harry died in the initial blast, while his wife died nine days later. The couple left behind two daughters. While the blast was initially called “the bomb heard round the world” and spurred all kinds of rallies and letters to the governor and president, all these years later, their legacy has been left largely untended and untold. Nobody was ever charged for the murders of the Moores.