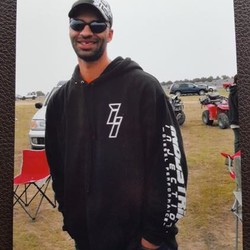 On Monday, April 8, 2019, Harold Vincent Robinson, 37, of West Valley City, died as officers from several agencies closed in on him near 3300 S. State in South Salt Lake. Fifteen officers opened fire on him in 15 to 20 seconds of continuous gunfire.

Police say the chase began after Robinson robbed two convenience stores at gunpoint, fired multiple shots at a downtown hotel, then began "firing indiscriminately" throughout Salt Lake City as police chased him, pointing an assault rifle out the window at officers.

According to the family, Robinson suffered from mental illness and had lately struggled with "paranoia and delusions."

"Leading up to the event, Junior had started to express to his mother and siblings his love and appreciation," the family recalled.

Family members had tried to get him help "as he seemed unstable a few months back," they said, adding that he was recently admitted to a mental health facility for treatment.

They said he stayed there for several days for evaluation and seemed "calmer" when he was released.