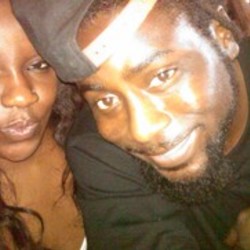 Kinsey was stopped by police after he allegedly tried to rob a motel patron, and was found making boxing motions in a nearby street. After struggling with Kinsey, the officer shot and killed Kinsey claiming that he charged at him. Hotel guests say the man was standing around for hours and didn't seem a bother to anyone. They wonder if whatever happened here could have gone differently. "He was just cold and homeless and innocent. I'm thinking he was really mentally ill," said eyewitness Robbie Meraz.