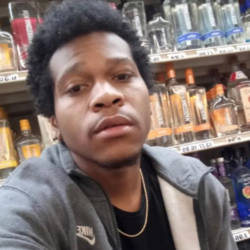 Detroit Police Department (DPD) officers were in the midst of arresting a suspect when Hakim Littleton approached them.  Littleton fired at officers, who began firing back at Littleton, striking him multiple times.  Littleton was transported to a nearby hospital where he was pronounced dead.

On July 27, Police Chief James Craig, defended and praised his officers during a Monday afternoon news conference, explaining how police have a "hair of a second" to decide: "Do you shoot — or don't shoot."

Local organizations such as Detroit Will Breathe organized protests on the same night as Littleton's death, demanding the release of any video footage and accountability from the police department.