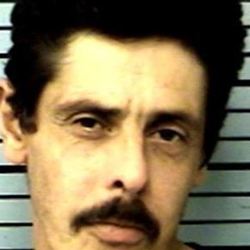 “According to witnesses, (the officer) engaged the suspect verbally — gave verbal commands to the suspect. The suspect did not react to those commands at all. Rather, he drew the pistol from his waistband, turned toward the officer and began to raise it at the officer,” Stevens said.

That’s when the officer fired his gun.

Stevens said the shooting was caught on an in-car camera; he said though Esquivel’s body is out of the frame, his arm — and reach for the gun — is visible. Police are unsure at this time if the video will be released.

In an effort to protect the safety of officers and their families, Lubbock Police Department officials are moving away from a blanket policy of identifying officers involved in a shooting.

Greg Stevens, Lubbock police assistant chief, said the decision was made after asking police officials from other Texas cities about their policies regarding identifying officers.

“The leading answer was: We don’t identify the officer unless there is wrongdoing on the officer’s part, and of course then they do,” he said. “And so with that, (Lubbock police) Chief (Roger) Ellis and I have discussed it and we think that’s just the best way going forward.”