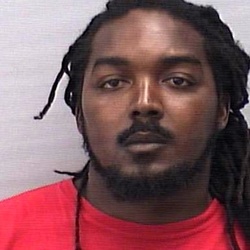 A 30-year-old man has been identified as the person shot and killed during an hourslong standoff with police Tuesday in Fort Pierce.

The New York Times reports that Hill, a 30-year old Coca-Cola warehouse employee, was in his garage at the time of the shooting. Deputies were called to his home after a woman picking a child up from a nearby elementary school complained of loud music coming from his garage.

When the deputies arrived, they knocked on the garage door. Hill raised the garage door but then closed it after seeing police. A deputy then shot through the door four times as it closed, hitting Hill once in the head and twice in the abdomen. He was found dead four hours later after a SWAT team came to the home.

Officers have claimed that Hill was armed at the time of the shooting; while a gun was recovered from the scene, it was found unloaded in Hill’s back pocket.

On May 31, 2018, a federal jury determined that Hill was largely responsible for his own death, awarding the man’s family just $4 in a wrongful death lawsuit. The jury determined that $4 — $1 to Hill’s mother for funeral expenses and $1 for each of Hill’s three children — would be enough. The decision came after hours of jury deliberations, and the amount was so small because the jury ruled that Hill, who was intoxicated at the time of the shooting, was mostly responsible for his death.