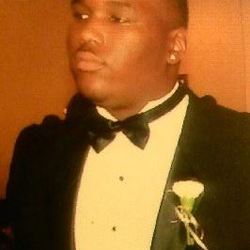 East Point police were responding to a domestic violence call on April 11, 2014 when they said Towns, 24, began running. According to police, Sergeant Eberhart and Corporal Weems arrived on the scene and demanded that the victim stand and walk to a waiting patrol car. Mr. Towns indicated he was “out of breath” and could not stand. The indictment alleges both officers then began to “tase” Towns, who, at the time, wore only a t-shirt and boxer shorts. After repeated jolts from the Taser, Towns finally lapsed into unconsciousness. He was pronounced dead shortly afterwards.

In his police report, Eberhart wrote that the taser gun inflicted little harm to Towns, noting, “Towns did not state he was in pain or appear to be in any distress.” To elicit more pain, Eberhart states that he “then removed the cartridge from my taser to drive stun Towns.” Eberhart wrote that he stunned Towns at least two more times before Towns fell into a creek bed, where Eberhart then stunned him again. When paramedics arrived moments later, they informed Eberhart that Towns did not have a pulse.

The lawsuit claims that Towns was repeatedly “drive-stunned” (where the Taser makes physical contact with the victim instead of using the prongs to connect the circuit) in an attempt to get him to move after the foot chase, basically using the devices as cattle prods on the victim. If this charge holds up in court, it would be in direct violation of police policy on Tasers, stating that they are not to be used to escort or prod a suspect. Attorneys for the two officers involved state that the use of a Taser in “drive-stun” to gain suspect compliance is in accordance with both Federal and Georgia state laws.

On August 18, Georgia authorities announced that the two officers involved would be indicted for the killing of Gregory Towns. According to the indictment, when they caught up with Towns, Eberhart and Weems used their Tasers numerous times while Towns was handcuffed. The Fulton County Medical Examiner's Office listed the cause of death as hypertensive cardiovascular disease exacerbated by physical exertion and conducted electrical stimulation. Eberhart resigned and Weemes was terminated after the incident.

Fulton County District Attorney Paul Howard released a written statement following the indictment, saying in part, "... On several occasions Towns attempted to stand and move to the patrol vehicle only to collapse to the ground out of exhaustion. Even while he cried out in pain from the electrical charge of the Taser, the indictment alleges both officers continued to tase the handcuffed, defenseless and exhausted suspect. "

According to the news station, Weems was found not guilty of felony murder and not guilty of aggravated assault, but was convicted on charges of involuntary manslaughter, reckless conduct and violation of oath of office. However, according to 11Alive, Weems will be allowed to be with his family for the holidays, having been ordered to return to court on Jan. 2 to begin his sentence.