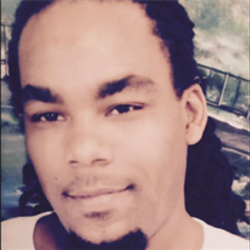 “Proper protocol was not followed in the identification process,” Ms. Crump said in an email response to questions. “The department is investigating how this occurred so that it does not happen again.”

The officer-involved shooting occurred in the 2800 block of Naylor Road in Southeast.

Police said officers were pursuing a person who fit the description of a man who had just committed a robbery in the area. The man fled from police, but when cornered pulled out a firearm and opened fire on officers. The officers shot back, striking and killing him.

For five days, Gregory Marcus Gray’s family searched for the 33-year-old, whom they hadn’t seen since just before Christmas. He hadn’t visited his mother, as was his habit. He wasn’t with the mother of his 4-year-old son. Worried, relatives called hospitals.

And when Gray’s brother, Gary, saw on the news that D.C. police had fatally shot a man on Christmas Eve and identified him as Raymond Robinson, family members were relieved. They knew Gray had previous run-ins with police. But Gray’s mother remained concerned, so she filed a missing persons report on Monday.

Later that day, D.C. police found Gary Gray and told him that they had misidentified the man they had fatally shot. He wasn’t Raymond Robinson. He was Gregory Marcus Gray.