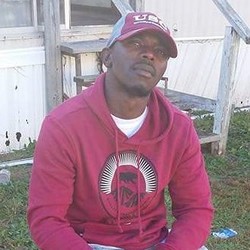 Goldie Bellinger, was killed Wednesday night after an hours-long standoff with Georgia police at a Super 8 motel in Augusta, according to the Georgia Bureau of Investigation.

The GBI is currently investigating the officer-involved shooting, which took place at 3026 Washington Rd. in Augusta, a bureau release said.

The standoff began when deputies with the Richmond County Sheriff’s Office went to visit Goldie Bellinger, 39, of Williston, SC for a welfare check at around 8:30 p.m.

But when officers arrived, Bellinger refused to speak with them, barricaded himself in his hotel room and pointed a gun at them, according to the release.

A SWAT team was called to the scene, and tried to negotiate with Bellinger.

However, during a negotiation attempt Bellinger opened fire on SWAT officers, and three of them shot back, hitting the 39-year-old, according to the GBI statement.