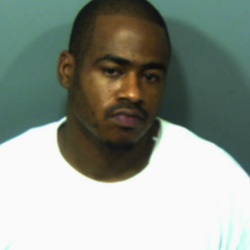 37-year-old Glenn Tyndell was killed by police after he apparently shot and killed a Prince George's County Police officer Wednesday. He had three open assault warrants, and recently appeared in court for a domestic violence case, according to court documents.

According to a preliminary investigation from police, Officer Ramzziddin, who was off-duty at the time, intervened when a female neighbor was being threatened by her estranged husband outside of her home on Chadsey Lane in Brandywine. The suspect, armed with a shotgun, then fatally shot Ramzziddin, who died at the scene, police said.

Dispatch audio said the woman called police and told them that her husband had shot a police officer. Sources told WJLA's Brad Bell that Ramzziddin was the woman's neighbor, was off-duty and at home but went to her house after she asked for his help with a domestic dispute.

After shooting Ramzziddin, police said the husband, identified as Tyndell, fled the scene in a black SUV. He was identified by Charles County Sheriff's Office deputies driving on Berry Road near Bensville Road at which time a chase began.

The pursuit ended on Indian Head Highway near Old Fort Road in Fort Washington when Tyndell exited his SUV and began exchanging gunfire with police. Tyndell was fatally shot during the encounter, police said.

Witnesses also told ABC7 that Tyndell shot at police after leaving his vehicle.