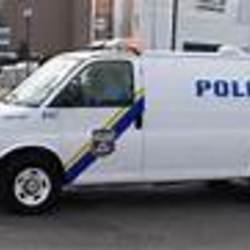 On April 16, 1994, Thompson was arrested for disorderly conduct after a dispute with his girlfriend at Broad Street and Lehigh Avenue.

Beasley and his partner, former officer Kevin Powell, put Thompson in the back of a van. During the trip to the district headquarters, Thompson fell and severed his spine.

Thompson alleged that the officers intentionally zig-zagged the van and drove over a divider in the road in an effort to injure him.

Powell was fired three months after Thompson's arrests when he was charged with raping a woman in his patrol car. Beasley was not involved in that incident.http://articles.philly.com/1996-02-15/news/25656056_1_police-board-police-van-beasley