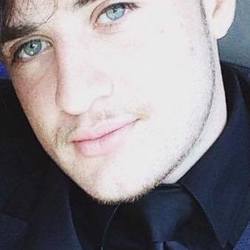 22-year-old Gino Paredes was killed in an officer-involved shooting at a gas station and convenience store on Briggsmore Avenue and Claus Road on Saturday morning october 17, 2015. About 5:40 a.m., Officer Mike Callahan was fueling his patrol car at the Boyett Cruisers station when he saw the suspect hop over a fence and enter the convenience store holding a gun, said Modesto Police Department spokeswoman Heather Graves. As the masked suspect left the store, Callahan confronted him. He shot several rounds, striking Paredes once and fatally wounding him, police reported Tuesday. The gun Paredes wielded was later determined to be an airsoft pistol that had been painted black.