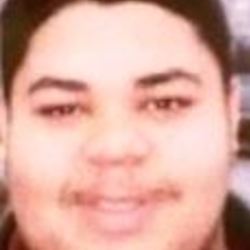 Gilbert Barber had a one-car accident on Kivet Drive in High Point while traveling approximately 68 mph on May 18, 2001. According to police investigations, Barber, a black man, then left his car, broke into a church, and returned to the main road unclothed and frantic.

Once Gordy arrived, Barber was pepper sprayed and shot three times after he allegedly approached Gordy in a “threatening” manner, according to Stewart’s attorney, Alan McSurely, an NCCU School of Law graduate. Gordy said in his deposition that the pepper spray did not affect Barber.

“I don’t understand how pepper spray did not affect someone with bruises and cuts the size of Gil’s,” said McSurely.

Barber’s family believes that Barber was pulled inside the church and beaten.

According to McSurely, Barber ended up in Oak Grove Church, where pools of blood and five of Barber’s teeth were found, several of which were still attached to gum tissue.

Church furniture was found soaked with blood, and prints from Barber’s teeth were found in a wooden collection plate, said McSurely. Investigators say that Barber broke into the church himself.

McSurely said that during the police investigation, a forensic dental expert was consulted, and he said that the possibility of Barber pushing out his own teeth with a wooden offering plate was ludicrous.