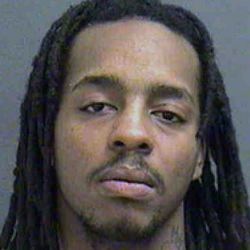 According to police, Germonta Wallace died in an apartment building off Remount Road Sunday night during a firefight with eight Charlotte-Mecklenburg police officers who had come to apprehend him. Police said he was one of three men accused in last week’s killing.

Police said Wallace shot at the group of officers, all members of the department’s Violent Criminal Apprehension Team, injuring one.