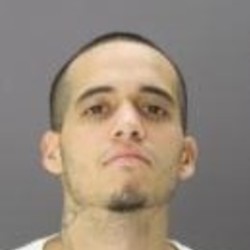 Gerardo Ramirez was shot and killed late Sunday night at the Avondale Parc Apartments near Highway 75 and Royal Lane in North Dallas as police responded to reports about a man with a gun. Dallas police said officers were at the complex for an unrelated incident when residents told them someone had been firing shots in the parking lot. The officers found 24-year-old and tried to confront him. But as they approached, he opened fire. The officers fired their weapons in return.