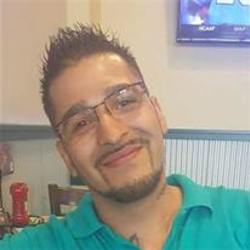 Officers came in contact with two men who were burglary suspects in the 3400 block of Irving Street, said Doug Schepman, a Denver Police Department spokesman.

One suspect was taken into immediate custody, but an armed suspect fled on foot. Shots were fired in the area of West Moncrief Place and Lowell, Schepman said. The suspect then carjacked a vehicle, police said, and they pursued.

The incident unfolded in a busy stretch of the West Highland neighborhood, where shoppers and diners make their way along a row of restaurants and businesses.

Ziegler said she looked out the window and saw a tall man running down the street carrying a black pistol with a long barrel. He was firing shots as he ran toward a white car and forced a woman to get out, Ziegler said.

As he was pursued by a police cruiser, the man continued firing shots from the car window, Ziegler said.

She heard at least six shots and was unsure if police were firing at the car. At least three shots hit St. Kilian’s Cheese Shop and Market, 3211 Lowell Blvd., Ziegler said.

The suspect “lost control” of the vehicle that was carjacked at West 35th and Lowell, Schepman said. A police cruiser rammed the stolen car, and a shootout ensued when the suspect emerged from the Acura sedan, he said.

“Shots were exchanged between the suspect and two officers,” Schepman said. “The suspect was hit and pronounced (dead) at the scene.”

At least four officers exchanged gunfire with the suspect, Schepman said. Two of those officers were at the initial scene, where the officer was shot in the foot, and two officers fired at the end of the incident, where the suspect was shot, he said.