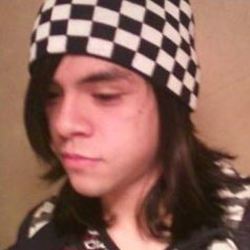 According to police and the lawsuit, around 10 p.m. on July 17 officers were dispatched the house in the 1600 block of Connor Drive; a neighbor had called 911 after hearing loud noises coming from inside the abode. Officers initially believe someone was ransacking the house. But, no: Police said Pinedo had been drinking whiskey at a friend’s house and grown belligerent during his binge. The friend asked him to leave, so Pinedo walked with a buddy to the house owned by his father.

When Meltabarger and Robinson pulled up, police say, they saw Pinedo looking around inside the darkened house with a flashlight and ordered him outside. But he was in bad shape, police said: Pinedo, rambling to himself, ran around in circles, fell to the ground in the fetal position, started banging at the ground, then got up and threw a cell phone at Meltabarger’s head before he charged at the Robinson. Maltabarger, a 13-year-veteran at the time, discharged his Taser; Robinson, who was newly out of the police academy, fired his gun.

Pinedo, who, by all accounts, was not armed at the time, was taken to Baylor University Medical Center at Dallas, where he was pronounced dead. He died of a single bullet wound to the chest.