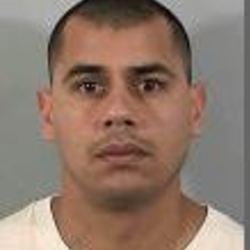 The man who shot two Fremont police officers was a Norteño gang member with a violent criminal history, wanted for methamphetamine possession and identity theft charges when he was pulled over Wednesday in a stolen pickup truck.

But Gerald Villabrille, 44, wasn't going back to jail.

Almost immediately after the officer called in the traffic stop, San Jose resident Villabrille slammed his truck into the patrol car and opened fire, hitting the officer once, police said. The shooting set off a chaotic, 18-hour chain of events in the normally quiet Irvington District neighborhood, including the shooting of the second officer and culminating in a fiery climax as police lobbed tear gas and flashbang grenades that set fire to a nearby bungalow where Villabrille hid inside.

On June 6, 2016, it was reported that, according to the Alameda County coroner's bureau, Villabrille died from a self-inflicted gunshot wound to the head.