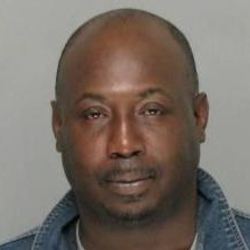 The GBI is now investigating the death of an Augusta man who was tased by deputies.

George Harvey, 39, died Saturday. His fiancee, Chiffon Pope, says the whole thing started when she picked him up from the Chevron on Gordon Highway.

"We got into an argument. He got out and he flagged the police down for help," she said.

She says he was trying to get the deputy to help diffuse the fight and says Harvey was really upset.

"The police was trying to talk to him and he was like, whatever, and the police was really aggressive with him," she said.

That's when she says the deputy tased him.

"He tased him, he went down to the ground, another cop arrived to the scene. He was straddled on his back and they was putting him in handcuffs, and the other cop continued to tase him. They tased him multiple times," she said.

She says they tased him when he was pinned to the ground and they were handcuffing him. When they were finished, he wasn't moving.

"When they turned him over on his stomach, I looked at him, and I knew he was gone," she said.

Harvey was pronounced dead at the hospital. GBI agents are investigating the death, but they aren't saying how many times he was tased.