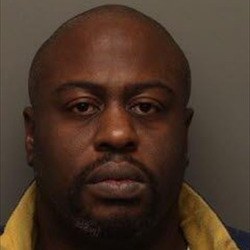 George Golden, 42, was shot by an on-duty officer in the parking lot of the Raleigh Walmart just after 10 p.m. on March 27. He died April 5. According to police, the incident began when Kimberly Houston, an off-duty Memphis Police Deparment officer moonlighting as a security guard, reported she saw Golden shoplifting at the Walmart, then followed him out of the store. Houston, who has numerous anger-related disciplinary infractions in her MPD personnel file, then flagged down two on-duty cops who were in the lot: Erica Washington, 29, and Leon Dickson, 33. Police said that Golden became irate and refused to follow orders from the officers, and that he assaulted one of them, leading to a struggle between Golden and the three officers. Police said Golden reached inside his waistband, as if going for a weapon. The officers said they told him to show his hands, but he didn't. Golden then made a "spin move" toward the officer, police said, leading Dickson to fire one shot. No gun was found on Golden.