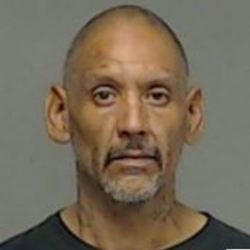 George Delacruz Jr., 41, has been identified by Texas Rangers as the man who was shot dead by law enforcement officers outside a downtown San Angelo restaurant Thursday.

Law enforcement agencies were working to arrest Delacruz when gunshots were exchanged Thursday, according to police.

Detectives and special agents encountered Delacruz, who was armed, outside Schlotzsky's at Koenigheim Street and Harris Avenue. According to police, Delacruz brandished a handgun and several shots were fired. The detectives and members of the agencies involved fired shots that struck Delacruz. He was pronounced dead at the scene.

The agency said no further information, including the identities of the law enforcement personnel who fired the shots, would be issued at this stage of the investigation.

Jennifer Salas, 37, of San Angelo, was arrested at the same time and location on unrelated charges.

Salas was booked into the Tom Green County Jail on a drug, theft and failure to display driver license charges and numerous other minor offenses.

Delacruz was indicted Jan. 19 on a charge of aggravated assault with a deadly weapon and was sentenced to five years probation as part of a plea agreement with state prosecutors.

A motion to revoke his probation was filled June 27 and a capias warrant was issued for his arrest June 31.