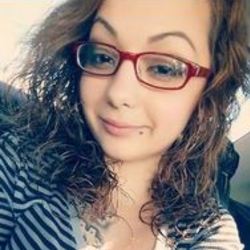 Dallas police officers fatally shot a woman who they said was driving a stolen car that she used to strike a police vehicle in Old East Dallas early Wednesday.

She was identified Thursday as 21-year-old Genevive Dawes, according to the Dallas County medical examiner.

A passenger was wounded in the incident just before 5 a.m. Wednesday at an apartment complex in the 4700 block of Eastside Avenue, just west of Interstate 30 near Munger Boulevard.

He was later identified by police as 23-year-old Virgilio Rosales.

He was arrested and charged with unlawful possession of a firearm by a felon. He's been booked in Dallas County Jail on $100,000 bail.

Deputy police Chief Thomas Castro said the officers were responding to a report of a suspicious person from a caller who had also provided a license-plate number, which officers determined belonged to a vehicle reported stolen in Irving.

Every single shooting since then, from liberal Democratic DAs to conservative Republican DAs, has resulted in a no-bill. All of the hundreds of fatal shootings by City of Dallas cops since 1973 have been found by the department, the DA, and the grand jury to be justified, with no charges filed, no indictments, no trials.

Why now? The difference is not that this was a "good" case -- there have been plenty of cases where police have misused deadly force, killing unarmed and mentally ill people. At a minimum, there have been plenty of cases where the facts are in dispute, where witnesses contradict the officer's version of what happened. What is different today is that the district attorney and the Dallas Police Department are facing a stronger movement for accountability in the use of deadly force, a movement that has changed what the public expects when the police kill one of us, both nationally and in the City of Dallas.

This is the movement you helped to build with the march on June 17. An indictment in this case is not a conviction, of course, and this indictment is for aggravated assault -- not murder. But an indictment of a City of Dallas officer in a fatal shooting after 44 years is evidence of progress. Stay with it Mothers Against Police Brutality, Inc. - John Fullinwider"