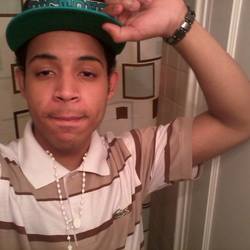 Police shot and killed Gary Carmona Boitano, 19 when he failed to drop a knife as requested by police. Police said they received a 911 call about 10:40 a.m. regarding a man inside a home in the 6400 block of Cardinal Lane in the Village of Hickory Ridge. According to police, the caller said the man had a knife and was threatening to kill him. When officers arrived, they were confronted in the driveway by a man holding a knife, police said. An officer ordered the man to drop the knife multiple times, but the man refused, police said. According to a police news release, the officer "was forced to fire at the man," who was pronounced dead at the scene. He was identified late Friday as Gary Carmona Boitano, 19, of Hyattsville.