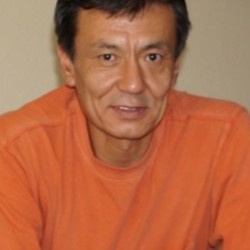 Documents in the civil case against San Diego Police Officer Neal Browder reveal how the city disciplined him and evaluated his performance after shooting and killing an unarmed, mentally ill man last year: not at all.

In a sworn deposition in the civil case brought by Fridoon Rawshan Nehad’s family, obtained by Voice of San Diego, Browder said he did not face any discipline from the shooting. He was put on administrative duty – working at a desk instead of on patrol – for a few weeks, but was back on patrol within a month of the shooting, Browder said in the deposition.

He did not undergo any additional training or receive any written reprimand. None of his supervisors told him he had made any tactical mistakes. It didn’t even come up in his performance review for that year.

San Diego District Attorney Bonnie Dumanis declined to prosecute Browder last year, saying he was justified in fearing for his life at the time he shot Nehad, 42.

U.S. District Judge William Hayes on December 19, 2017 determined that the San Diego police officer was reasonable in his use of deadly force against Nehad, a ruling that ended the civil rights lawsuit brought by the man’s family.