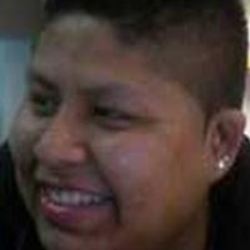 Fredi Morales, 20, was walking by himself just after 5:30 a.m. when he was struck by the unidentified officer near McHenry Road, west of Cedar Run Drive. Morales was pronounced dead on the scene because of his injuries.

"Morales' aunt, Olivia Lopez, said the officers told her family Morales was struck by a police car that was chasing a speeding car and had its sirens and lights on.

That description of the crash contradicts what one witness, Lori Wood, said she saw and heard.

Wood, who lives on the 700 block of McHenry Road, said she was letting her dogs into the backyard at around 5:30 a.m. when she saw a police SUV rush past her house.

"It was very fast and it went by and a couple seconds later I heard some screeching and I heard it strike," Wood said. "It was a pretty big thump, it really startled me."

Wood said the police SUV's emergency lights and siren were off."