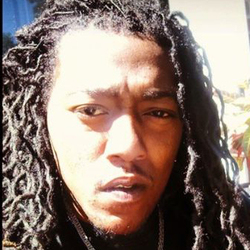 The GBI is investigating an officer-involved shooting at the Marqis Pointe apartments in Stone Mountain. Police say the shooting resulted in the death of one suspect, and the injury of Officer Chester Lamb, 43.

DeKalb County police say around 2:07 a.m. police responded to multiple 911 calls. Callers told police there was a man standing outside an apartment building firing multiple shots into the building.

Officers completed their reports and left the scene.

Police say another 911 call came in around 3:20 a.m. from the same apartment building. Conroy says a woman told dispatch the shooter had returned and was banging on her door.

Police were unable to confirm if the man mentioned by this caller is the same person residents say fired shots at the apartment building earlier.

Conroy says Lamb and another officer responded to the Marquis Pointe apartments, but before they could enter the building Frederick Farmer began firing gunshots at them.

According to police, Lamb was shot five times during this exchange.

Lamb was transported to Grady Memorial Hospital, and is in serious condition.

Conroy says paramedics tried to treat Farmer, but he died at the scene.