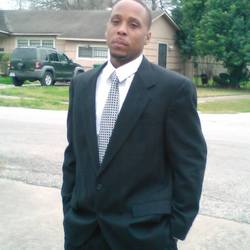 According to Houston police, Frederick Roy was killed on August 17, 2015 after he was seen behaving erratically and firing a pistol outside his mother's residence around 1 pm. Police say he was shot by police after a struggle for a weapon he was carrying. Family members contacted police after Roy allegedly kicked in the front door of his mother's house while she was inside. A nearby officer responded to the scene. The officer arrived and saw Roy and another man outside the residence. Roy then began walking away and the other man, a relative of Roy, told the officer that Roy was armed and was shooting. The officer then approached Roy and asked if he was armed. Roy ignored the officer's questions, police said.

According to police, as the officer asked to search Roy, the suspect pulled up his shirt and pulled a revolver from his waistband. Officer Vargas grabbed Roy's arm with one hand and they struggled over the weapon.

Fearing for his life, the officer discharged his duty weapon and shot Roy, who died at the scene. Roy's revolver was also recovered.