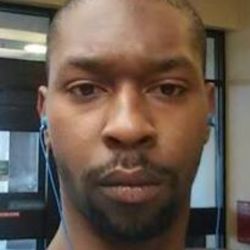 Freddie Blue, 20, was one of four men in a car involved in a confrontation with police off Brownbridge Road in the Ellington subdivision, Georgia Bureau of Investigation spokeswoman Sherry Lang said in a statement. An address for Blue was not immediately available Sunday afternoon. “When (deputies) were attempting to get the subjects out of the car,” Lang said, “at least one of the subjects pointed a gun at the deputies. Both deputies fired their weapons.” Neither of the deputies were injured. Another man in the car was wounded and has been released from Grady Memorial Hospital, Lang said. Meanwhile, the car’s driver, Deondre Ramey, 18, was arrested and charged with violating probation, she said.