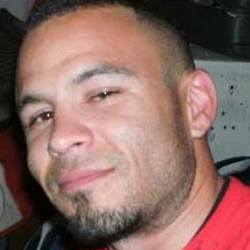 Freddie Centeno, who has a history of mental illness, was shot by police Sept. 3 at El Monte Way and Orange Avenue in southeast Fresno after he allegedly threatened a woman and pulled a gunlike object on officers. Centeno died from his injuries on Sept. 25. The object turned out to be a water pistol-type device with a trigger.