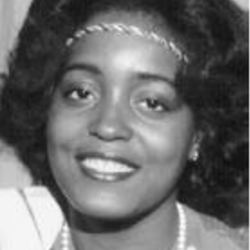 Perkins was in a vacant lot on March 22, 1997, taking part in what police believed was "drug activity," said Jennifer Hoyle, a spokeswoman for the city's Law Department. She fled and chasing officers observed her putting something in her mouth before they subdued her, Hoyle said.

The suit alleged that two officers, identified in court documents as Robert Hofer and Joseph McCarthy, ran up to Perkins in the 3300 block of West Van Buren Street before one threw her down, put a knee on her chest, choked her and yelled "spit it out."

Alexander said Hofer revealed in a deposition that he was trained in CPR and the Heimlich maneuver but did not attempt either procedure to revive Perkins. Perkins was found to have cocaine in her system at the time she died and was a drug user, but did not sell drugs, Alexander said.

The police Office of Professional Standards investigated but found no wrongdoing by either officer.

Police are "out there killing people, brutalizing people, and the city is not doing anything about it," Alexander asserted. Taxpayers "should think about that," he said. "Do they want to keep pouring out money (for settlements) or do they want to police the police?"