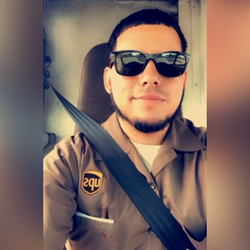 Frank Ordonez was one of several UPS employees taken hostage by armed robbers that hijacked his UPS truck.  The armed robbers led Miami Police Department (MPD) officers in a chase that ended in a shootout.  During the shootout, MPD officers killed Ordonez as well as other hostages.

In mid-September 2020, Ordonez's estate filed a lawsuit against police, claiming one thing is certain: The Miami-Dade Police Department and five other law enforcement agencies had a disorganized response to the hostage situation, with fatal consequences for Ordonez.

The family criticized the police department's response, asking why there was no effort made to negotiate with the robbers.

After the situation unfoled, UPS released an official statment that neglected to mention their dead employees and thanked the police officers for their service, an act that brought swift condemnation from the general public.

On December 10, drivers in UPS as well as several other delivery companies held a nationwide moment of silence.