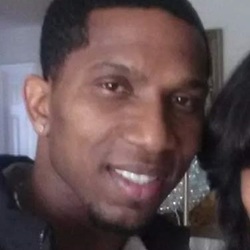 An unarmed man shot dead by police on live television on Wednesday afternoon was a 41-year-old father of three who had another baby on the way. Frank Ernest Shepherd, III of Houston, Texas, led police on a high-speed chase after being pulled over for a traffic stop that ended when he slammed into another vehicle. He then got out of the car and reached into his backseat before being shot by police.