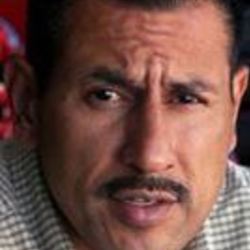 Officers responded about 5 a.m. to Fairview Avenue and Beverly Drive when a civilian called the police, said DA Dean Flippo. He didn’t offer specifics of the call.

At the scene, officers encountered Alvarado. Flippo couldn’t say whether Alvarado, who is either 39 or 40 years old, was armed or what he was doing.

Witnesses estimated hearing between eight and 12 shots fired. None could see what occurred. Alvarado was taken by ambulance to Natividad Medical Center but later succumbed to his injuries, Flippo said.

By 7 a.m., the DA’s Office had taken over the investigation at the behest of Salinas police Chief Kelly McMillin, Flippo said. Like Flippo, McMillin refused to comment on the case, noting his agency is merely assisting in the investigation.

Flippo couldn’t say for how long a quarter-mile stretch Fairview Avenue at Beverly Drive would be closed Thursday. He estimated between eight and 10 investigators were in the field around noon. The area is just off Highway 101 and Sanborn Road, near the Salinas Municipal Airport.