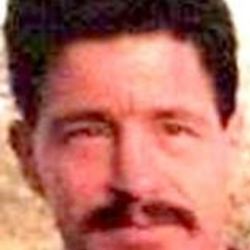 According to Sgt. Chris Widmer of Tucson Police Department, officer Alon Hackett was working a surveillance operation near 1st Avenue and Navajo Road when he hit 49-year-old Francisco Galvez around 10:15 p.m. Hackett was driving northbound on 1st Avenue in an unmarked City of Tucson vehicle when the bicyclist rode in front of the 2012 Nissan Pathfinder.Galvez was transported to University of Arizona Medical Center. He succumbed to his injuries several hours after the collision. Galvez was not wearing a helmet. Sgt. Widmer said the bicycle's front light was on, but it was unclear if the back light was on prior to the crash.The investigation is ongoing.

A Board of Inquiry was convened to review the circumstances, according to police.

Francisco Galvez was known as Dave by his family. His stepdaughter Kayleen Aguilar said that he would not have crossed the road like that, and that both of his lights would have been on. She wrote a letter to him, which includes the statement, “I wish we would of gotten to thank you one last time for always being loving and caring…”