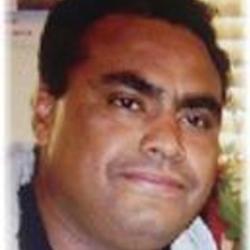 Police in Deming, New Mexico say an officer shot and killed Florencio Lucero who was suspected of fatally shooting his girlfriend on Wednesday, December 2, 2015 around 3:30 p.m. Authorities say Deming police were called about a domestic dispute. Responding officers found a woman with a gunshot wound lying outside a home and then encountered Florencio Lucero, who was armed with a gun. According to police, Lucero threatened them with the weapon and was shot once by an officer. Police attempted first aid on Lucero and the woman, believed to be the his girlfriend. Both were later pronounced dead at area hospitals.