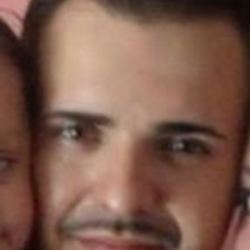 Florencio Chaidez, 32 was killed by Los Angeles Police officers responding to a report of a disturbance. The fatal shooting was caught on body cameras Tuesday in Panorama City and may help answer what happened before the officer-involved shooting occurred. Officers had been called to the area of Roscoe Boulevard and Willis Avenue around 2:47 p.m. to investigate a report of someone disturbing the peace, according to the LAPD. The officers saw a man, identified as Florencio Chaidez, matching the suspect's description. The officers located the suspect in the 14000 block of Parthenia Street and saw he was holding a gun. That's when the officer-involved shooting occurred, said LAPD Lt. John Jenel. The shooting may be the first captured by the LAPD’s new body cameras. Spokesman Jenal confirmed that the two officers were both wearing the cameras, which had been distributed to their division just two weeks earlier. Police Chief Charlie Beck has said he does not intend to release the footage from the department’s body cameras, unless required in a criminal or civil court proceeding, because of privacy concerns. The department news release about the shooting makes no mention of the cameras. The American Civil Liberties Union (ACLU) issued a statement the day after the shooting, saying the presence of the cameras represented a “pivotal moment” when LAPD could show transparency and build community trust. The statement called on the department to release the video from “as soon as it is practicably possible to do so without interfering with the department’s internal investigation.” “LAPD must stop asking for the public’s trust in shooting investigations and must do its part to build it,” said Hector Villagra, executive director of the ACLU’s Southern California chapter.