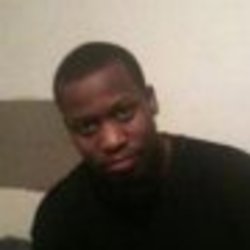 Officer Gildardo Sierra and a partner had responded to a domestic disturbance call allegedly involving Farmer. When confronted by the police, Farmer fled. Sierra shot at Farmer multiple times, hitting him in the leg and abdomen. Publicly available police video shows Sierra circle the prone Farmer as three bright flashes emit from approximately waist level. Sierra fired 16 shots at Farmer, hitting him seven times. The coroner who performed the autopsy on Farmer reported that Farmer could have survived the shots to the leg and abdomen, but any of the three shots through the back would have been fatal. Chicago Police officer Gildardo Sierra had been drinking before reporting for work, but the Police Department waited more than five hours after the shooting to test him for alcohol. Although the Chicago police department ruled the shooting justified, by October 23, 2011 Sierra had been stripped of his police powers and the FBI had opened an investigation into the incident. Records reflect this shooting was the third by the Officer Gildardo Sierra since January — and the second fatality in six months. Murdered by Chicago PD