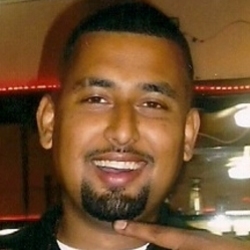 Valencia allegedly broke into a home and attacked a girl before barricading himself in a bathroom with three more girls, police said. Authorities said Valencia struggled with police and that he became unresponsive after officers used a Taser and a baton to subdue him.

"He just needed help, he didn't want to hurt nobody," the suspect's sister said.

After being released from the San Joaquin County Mental Health Center Monday he returned home without medication.

Tuesday evening, Valencia was having a paranoia episode when the family got a knock on the door from an insurance salesman.

"My dad got up to open the door, and he said, 'Dad don't open the door because they're trying to kill me.' And my dad said, 'It's no one. Nobody wants to do anything to you,'" his sister said.

His father says they called 911 for help, but after telling the dispatcher he was unarmed, he was told police were tied up. Moments later, Valencia headed out the back door.