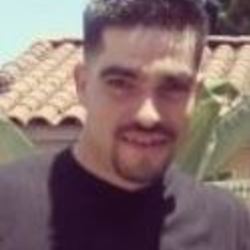 It isn’t clear what Ferreol Cardenas, Jr. was doing on Rosecrans Avenue a little before 9 p.m. on a Thursday in 2014.

Cardenas, Jr., 32, didn’t live or work in the South Bay. In fact, he didn’t have a job; a drive-by shooting had left him disabled, according to his family’s attorney.

But the fact that he died of injuries inflicted by two Manhattan Beach police officers on the night of April 10, 2014 isn’t disputed.

The Los Angeles County coroner labeled his death a homicide due to head trauma.

His family is suing the city of Manhattan Beach and the two officers in federal court, alleging wrongful death and police negligence, among other things.

In its response to the complaint, the city has said that the force used was reasonable and that Cardenas, Jr.’s death was caused by his “wrongful acts and conduct and the willful resistance to a peace officer in the discharge [of] their duties.”

Cardenas, Jr.’s sister, who answered at an address listed for the family in the Florence-Graham neighborhood of Los Angeles, declined to talk.

“We don’t have any witnesses,” said Peter Williamson, the family’s attorney. “We have to rely to some degree on what the officers say happened. Obviously, the injuries speak for themselves.”

Williamson, who didn’t speak to Cardenas, Jr. before he died, said he used the crime investigation report given by the officers to outline the events in the lawsuit.

The parents of a Los Angeles man have filed suit against the city of Manhattan Beach and its Police Department alleging two officers beat him in the face and head after zapping him with 50,000 volts from a Taser gun, actions that resulted in his death two weeks later.

One of the officers involved, Michael Lynch, has been investigated for possible criminal charges. Sheriff’s Department detectives investigated the death and submitted their reports to the District Attorney’s Office’s Justice System Integrity Division, where the case remains under review, spokeswoman Jane Robison said Thursday.

In their wrongful death lawsuit filed in U.S. District Court in Los Angeles last June, Ferreol Cardenas Sr. and his wife, Rosa Cardenas, allege that the officers violated their 32-year-old son’s civil rights and used excessive force during a traffic stop on April 10, 2014.