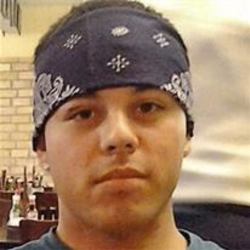 An alleged car thief died Saturday after he was shot multiple times in a shootout with Wilson County Sheriff deputies and a DPS trooper.

Wilson County Sheriff Joe Tackitt said the shooting happened around 9 a.m. after deputies chased the man to Highway 181 and Loop 1604.

Chris Jacobs was recording on his cell phone when the suspect opened fire on deputies.

"I grabbed my phone. I pick it up and start recording and I zoom in a little bit and then he starts shooting and they start shooting back, probably about 17, 18 gunshots," Jacobs said.

According to Sheriff Tackitt the suspect has previously stolen a car and fired shots at a house on County Road 150. The suspect then and began driving around Highway 181 and that's when the chase started.