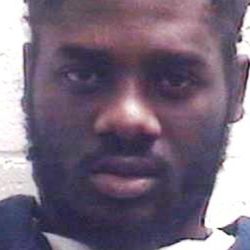 police officer in Wicomico County fatally shot a Salisbury man who authorities said attempted to grab his gun during a struggle with the officer. Maryland State police said Fednel Rhinvil, 25, was shot by a Wicomico County Sheriff's Office deputy who chased him until the officer stopped him while scaling a fence. Police said in a statement that "a fight ensued and the deputy was pinned on the ground on his back. As he struggled to escape, the deputy saw Rhinvil pull a handgun from his pocket" when the officer fired. The officer who shot Rhinvil was identified as Deputy First Class Benjamin Jones, 35, a 14-year-veteran of the department. He has been placed on routine administrative leave while the shooting is investigated.