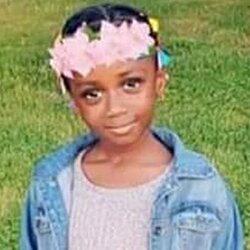 Fanta Bility was killed on August 27 when a verbal confrontation between a group of young men escalated into gunfire near the entrance to the Academy Park High School stadium.

Ballistics analysis concluded with near certainty that four of the five gunshot victims, including Fanta Bility, were tragically struck by shots fired by Sharon Hill police officers.

According to the family's attorney, shooting victims that day included Bility, her 12-year-old sister and a 13-year-old boy. They were wounded in the shooting.

On January 19. 2005, three Sharon Hill police officers were charged with manslaughter for killing 8-year-old Fanta Bility while firing at a car outside a high school football game in August.

The Sharon Hill Borough Council voted on January 20, 2022 to fire the three police officers charged with shooting and killing 8-year-old Fanta Bility at a football game in August. The vote came during a standing-room only meeting in which some expressed support for the officers, while others voiced their outrage and called for reforms.