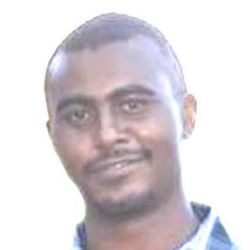 At about noon today (May 12), the N.C. State Highway Patrol responded to a fatal collision in Caldwell County on Hartland Road, near Celia Creek Road. The Lenoir Police Department had attempted to stop a 2004 Honda Accord for a speeding violation. The driver of the Honda attempted to elude authorities, initiating a vehicle pursuit. Once outside the city limits, the Caldwell Co. Sheriff’s Office took over the pursuit.

During the course of the pursuit, the Honda went left of center in a curve and collided with a 2005 Chevrolet passenger car that was traveling the opposite direction. The driver of the Honda, 42-year-old Falando McKinley Francis of Lenoir, died at the scene. The Highway Patrol initially reported that he was not wearing a seatbelt; however, they later issued a second release stating that Mr. Francis was restrained by a seatbelt at the time of the crash..

The driver of the Chevrolet, a 28-year-old Lenoir man, was transported by E.M.S. to Caldwell Memorial Hospital with non-life-threatening injuries. Two adult passengers and two children, ages two and five, were also taken to the hospital with non-life-threatening injuries. The adults were wearing seatbelts and the children were properly restrained in child restraint seats.